As stated in the Bylaws, the Board of EEE-YFU is the strategic and management body of EEE-YFU. It is composed of three members who are elected for a renewable mandate of 2.5 years and who are not being remunerated for their mandate. Among them, they annually elect a chair. To ensure a strong link to the global YFU community that the European YFU organisations are a member of as well, the board members of EEE-YFU are also the European Representatives in the International Board of YFU. The Board, inter alia, prepares the annual budget and accounts of EEE-YFU and proposes decisions to be made by the General Assembly. It has the power to admit and exclude members and appoints and dismisses the Secretary General who is in charge of the daily management of EEE-YFU. The Board Members meet virtually and in person several times per year.

Changes in the Bylaws, the Board and other statutory requirements are published and consultable in the Belgian State Gazette.

The Secretary General is appointed by the board and holds the same position in the international body of YFU, YFU IES, to align the operational work of YFU globally. Being responsible for the daily management of EEE-YFU, the Secretary General, among other tasks, works closely with the board, executes its decisions, implements the strategy and hires, oversees and dismisses the staff of EEE-YFU. 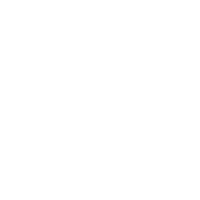